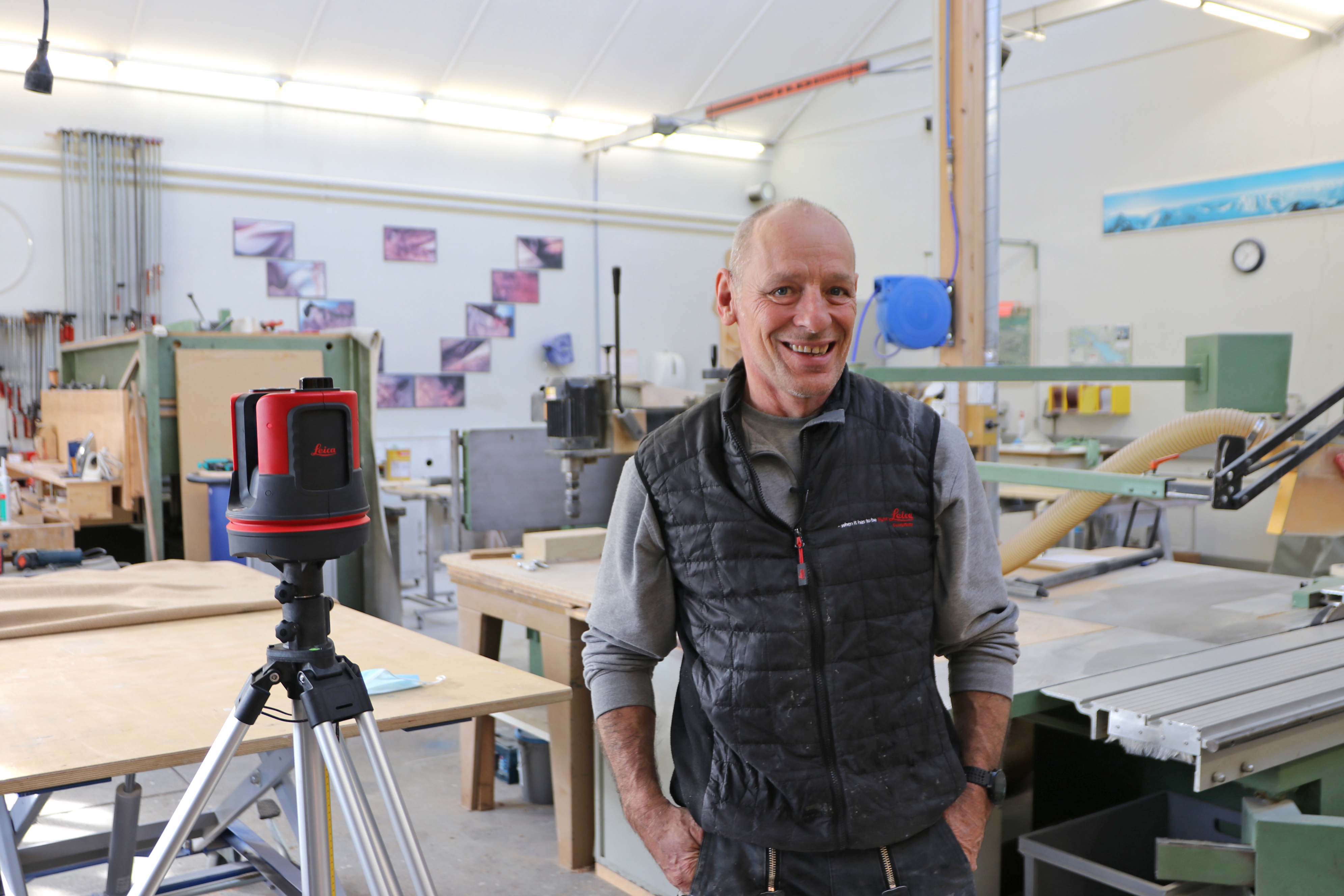 For almost 100 years, the carpentry company Ernst Nüesch & Co from Balgach (Switzerland) and its 16 employees have been active in interior design, wood construction, as well as parquet and flooring. Every job completed, whether small or large, expands the experience of the employees, keeps them young and agile, and combines traditional craftsmanship with modern technology.

In this current project, office space was being refurbished. Among other things, a soundproof ceiling was to be suspended. The challenge was to drill many boreholes for the suspensions always at the same distance in longitudinal and transverse direction, at an angle to the wall.

The 3D Disto with one of its "projector" functions was ideal for this task. With it, it was possible to project grids onto walls, ceilings and slopes with millimetre precision. 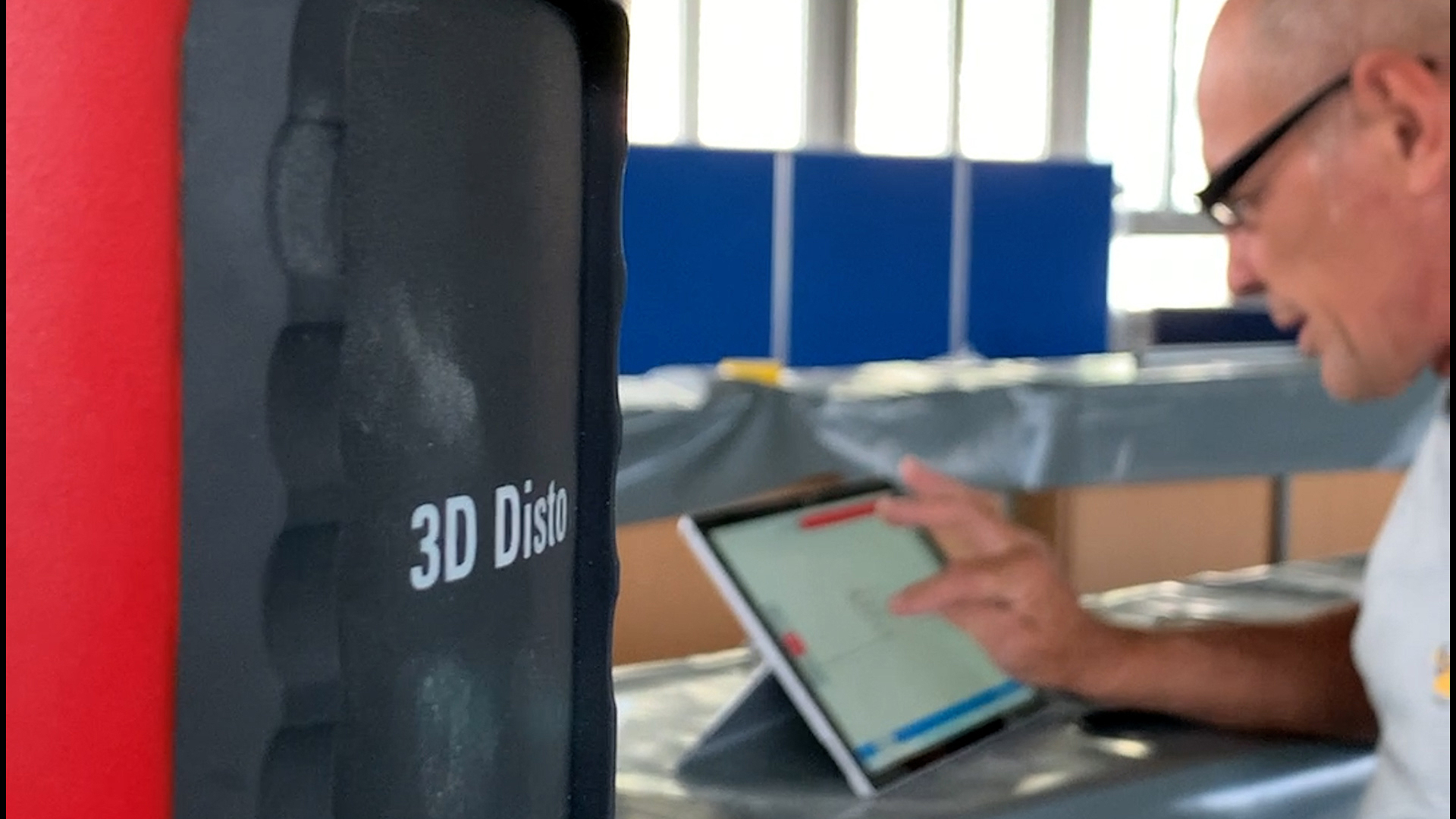 The exact procedure was as follows: First, the horizontal projection surface was selected with the 3D Disto and defined via 2 measuring points. Two further points on the wall were measured to be able to align the grid later. Then the grid distances were defined longitudinally and transversely. Finally, the grid was aligned parallel to the wall and the Disto's laser then projected the first drilling point. Once a hole is drilled, the laser can target the next drill point using the RM100 remote control. The remote control is of immense value here because it allows the craftsman to stay on the scaffold and move directly to the next drilling point.

"With the 3D laser, it was very easy. You could align the laser with the wall and then you have the exact drill holes," Beat Hutter explains happily. 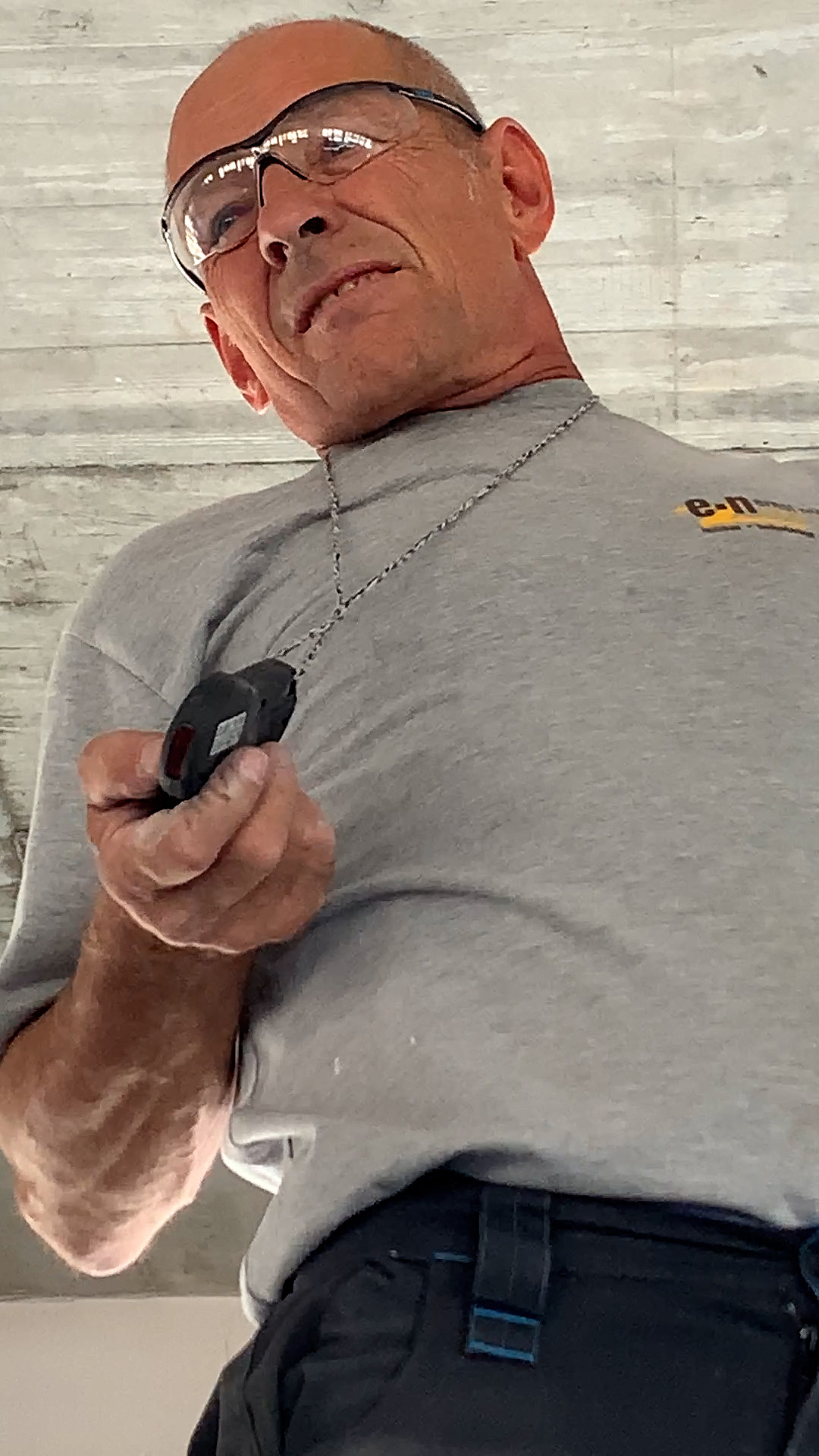 Normally, you mark the guidelines for the drill holes on the ceiling with a chalk line. To do this, you would have determined the angle and the distances to the wall, defined the points on the left and right from there and then connected them with the chalk line. However, this is rather difficult with an old ceiling where various pipes and electrical installations are already hanging from the ceiling. You would have to thread the cord under the pipes or stop in front of them. In the end, this method will never be clean. You would have needed at least two men for that, or maybe even three here for the whole length.

"The 3D Disto is ideal for this, of course. One man can do it - with scaffolding. That's a huge advantage," the carpenter enthuses. 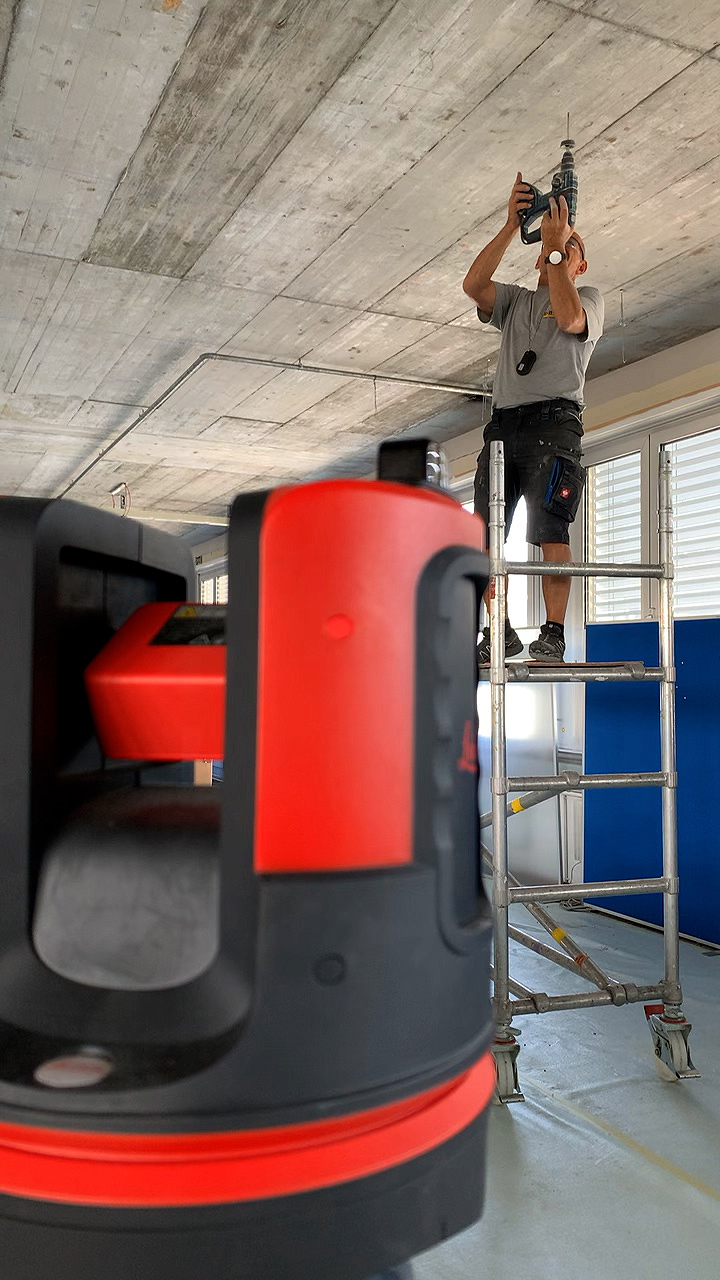 With such a large area, the 3D Disto had to be moved 3x because not all points could be completely displayed from one position.

Now let's look at the efficiency of this project. Normally 2 craftsmen would have been busy for 2 days just drilling the holes. The time saved with the 3D Disto therefore corresponds to exactly one person, since Beat Hutter alone spent 16 hours drilling for the suspension. The Leica 3D Disto is therefore an investment that quickly pays for itself.