The challenge:
Complex measurements for the installation of a kitchen in an old farmhouse, where walls are not exactly square and around an old fireplace, where the kitchen island is to be built

The solution:
All walls and details of the room are captured with the Leica 3D Disto and are then further processed in the CAD software.

The result:
Reliable, accurate measurement
Speedy processing of data in CAD tool
Precise manufacture of the elements on the CNC machine
15-20 % time saving during final assembly on site 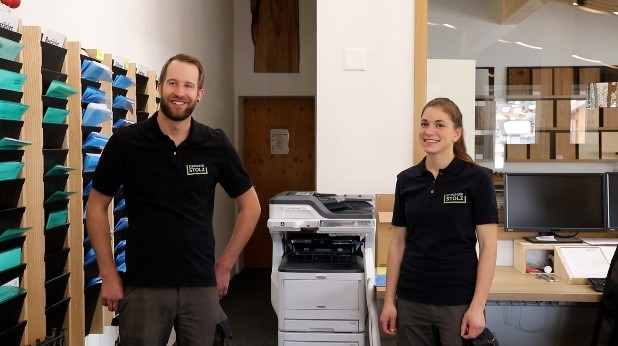 “The cool thing about the 3D Disto is that once you have measured, you are sure that everything is exactly right. That's a great advantage in planning. And that also means much less idle time for us now,” says Silvia Abderhalden, a joiner.

The Stolz joinery is a locally based company with 18 employees in Toggenburg (Switzerland) and specialises in making custom-made kitchens, interior fixtures and doors from high-quality woods. The company started in 2008 with only two employees and has been growing continuously ever since. The young, dynamic team is also constantly keeping an eye out on how digitalisation can make work processes even more efficient. The Leica 3D Disto plays an important role here, because it is the first step in the digital workflow.

An old farmhouse, currently being renovated, is to get a new kitchen – “a wonderful project”, in the opinion of the two joiners Silvia Abderhalden and Sandro Schmid. Kitchen units are planned along three walls and a kitchen island will be built around the old fireplace. This makes measurements very complex and it is important not to forget any detail. With the Leica 3D Disto it is easy to determine whether the walls are square and plumb.

“It's all self-explanatory, how lines are measured and points are picked up, horizontally or vertically. You can also create squares in a diagonal, which is what we needed for the window, for example,” says Silvia Abderhalden enthusiastically. At the beginning it may take a bit longer to find the right function. But after two or three runs, everything becomes automatic. When setting out, it is important that you have a plan with you which shows the positions of the different workpieces. Then the points are recorded at these positions with the Leica 3D Disto. That way, adjustments can be taken into account in the planning stage and are easily incorporated into production.

With the Leica 3D Disto, it is very easy to measure on your own. However, the Stolz joinery prefers to use two people to take measurements. One person can focus on the survey markers and their accessibility and the other on the tablet. 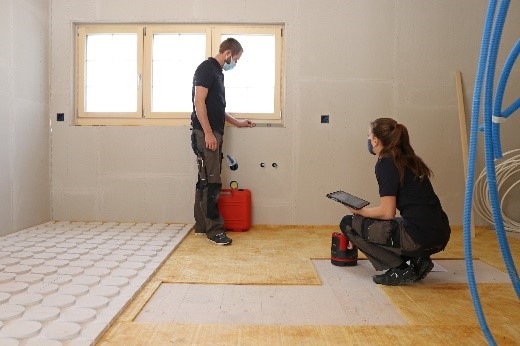 All the details captured with the Leica 3D Disto

“The nice thing about the 3D Disto is that you have all the data in a 3D model and you can keep a check on everything. So you can quickly see if a point has been forgotten. And you can be sure during the planning phase that the measurements are correct. That's one more reason why we're happy working with the Disto,” says Sandro Schmid. Especially if the construction site is not nearby, it is very important that all measurements are complete, because every extra journey costs time and money.

First of all, the Leica 3D Disto is used to measure the room with all details such as windows, doors, fireplace, electrical installations, water connections etc. The function “measure point to point” is very helpful for both horizontal and vertical distances. Even hidden measuring points are no problem. To capture these, the Leica 3D Disto uses a ruler with two fixed points. It then automatically detects the tip of the ruler and with it the hidden point to be measured. All captured data is later transferred to the PC in the office and further processed in the CAD software. Using the measured points, the existing 3D model can be adapted to the real conditions with a minimum of effort. The CNC program is automatically generated from the CAD drawing and the individual kitchen elements are manufactured to fit precisely. 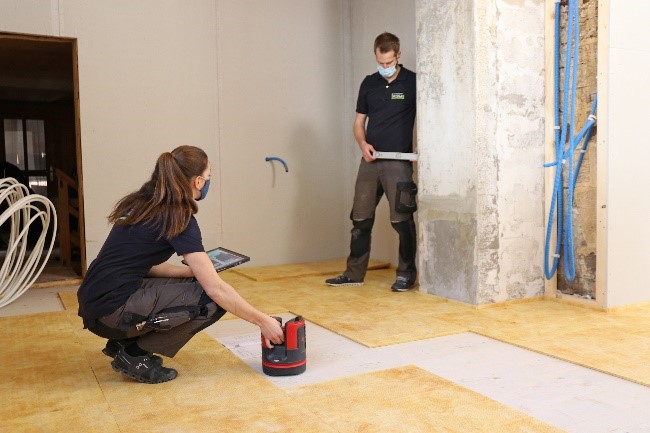 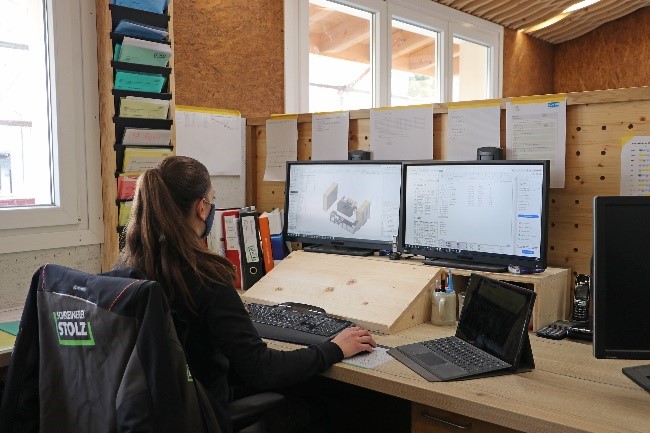 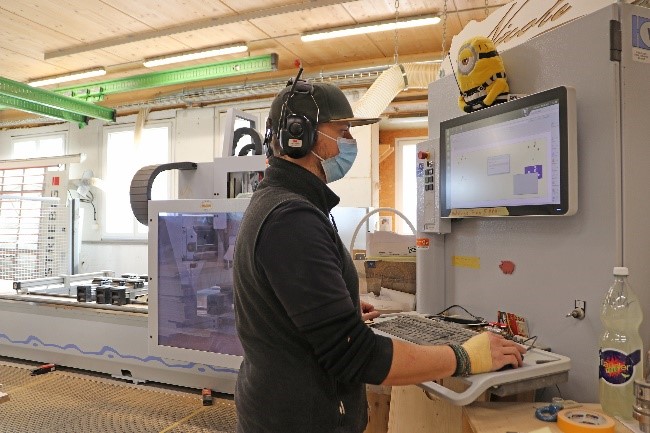 The CNC machine is programmed directly with design data from CAD

The time before the Leica 3D Disto

In the past, measurements were taken with a tape and a try square. If a project was more complicated, a template had to be made and painstakingly adapted. Two to three trips to the construction site were not uncommon. That involved significant cost.

With the Leica 3D Disto, the time required for taking measurements on large projects can be reduced. An additional advantage becomes apparent when the measurement data is loaded into the CAD software. Yet more time can be saved on modelling the room. The decisive advantage, however, is that all parts can be manufactured precisely, and that practically no reworking is needed when assembled on site. This results in a further time saving of 2 to 4 hours per kitchen. This example shows that a digital workflow not only guarantees maximum precision, but also saves time. 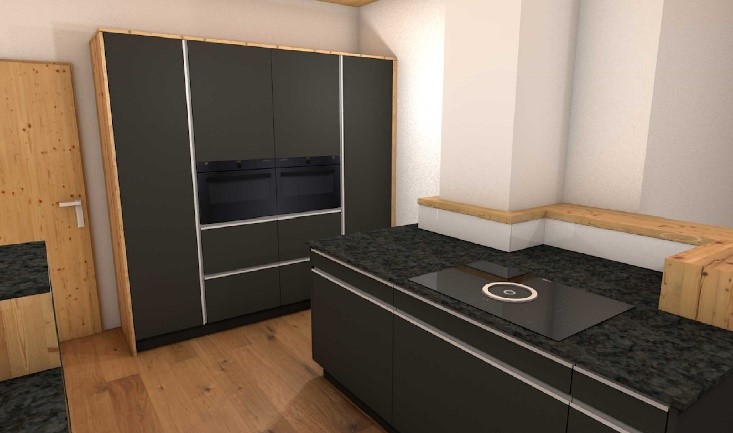