The problems associated with using a laser distance meter to take outdoor measurements are as old as the laser distance meter itself. And we at Leica Geosystems are pioneers in finding solutions for the most common challenges in measurement technology, and there are many different aspects that cause difficulties in real applications. Looking at our latest product introduction, the Leica DISTO X4 with the Leica DST 360, and the Leica DISTO Plan app we are convinced that we have solved most of these common challenges. I would like to share with you some of our thoughts behind this new solution.

One very important challenge that becomes apparent right after switching on the laser outdoors and trying to aim it at a target is that the laser spot is not visible at distances above 5m, and sometimes even below.

Leica Geosystems took this challenge seriously and in 1994, right after launching the first laser distance meter in the world, we introduced the BFT 1—an external monocular to be attached to the distance meter. We later integrated this into the DISTO device itself to make the solution more compact and less sensitive for daily job-site use. In 2006, we introduced the first laser distance meter with an integrated camera and graphical display. This technology became standard and today Leica Geosystems currently offers four different handheld devices with a digital pointfinder, including the Leica DISTO X4.

Another challenge that occurs when using a laser distance meter in outdoor conditions is the tough environment in which the electronic-optical measuring tool is used. Water and dust are always present, and everyone for sure has experienced how fast such tool can slip out of the hands when using it. The Leica DISTO X4 with IP65 protection (dust and jet water protection) is designed for this environment. The instrument has a bumper on the outside and inside, so it withstands drops from up to 2m in height. 2 meters is roughly the height when you hold the DISTO overhead for measurements, a common use case. 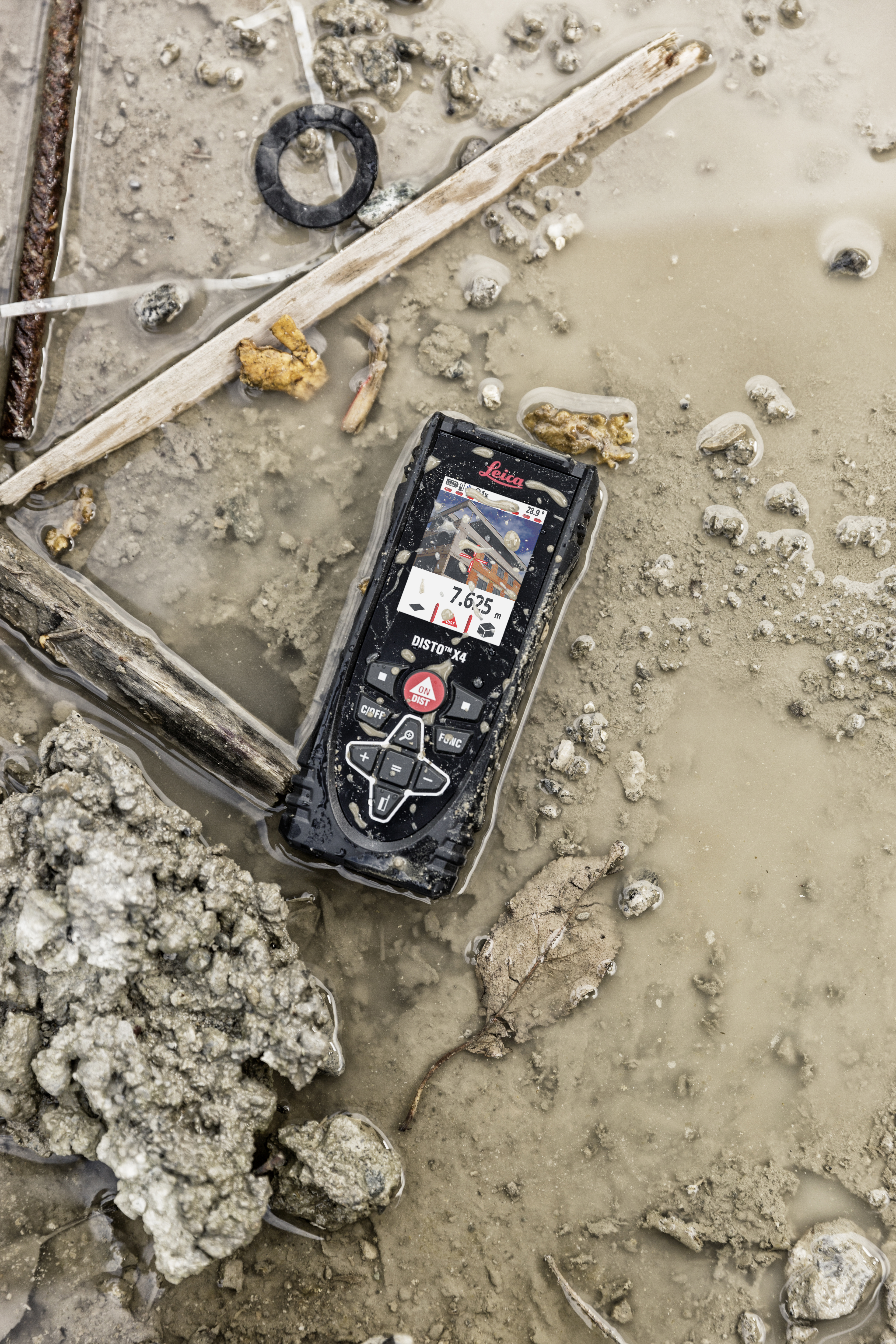 The device offers aiming support and robustness, but does it also measure accurately in outdoor conditions? This is a very important question and I can promise that it is the case for Leica DISTO products! The instruments are all specified in accordance with ISO 16331-1. So. we specify the product also for unfavorable outdoor conditions so the user can rely on the results that will get displayed!

Regarding applications: in many situations and especially outdoors, there are dimensions that need to be measured where you have no direct access. Objects maybe at a certain height, or you do not have the opportunity to get close enough to one of the target points. In this case, the P2P measurement feature becomes an important feature. Similar to a total station, the points can be easily measured from one location without climbing a ladder. Combining the data capture feature with a smart app, 2D and even 3D plans can easily be created.

Wouldn’t it be great to then have the option to export such data via dxf or dwg file to a CAD software? This is exactly what the DISTO X4 can do. Attaching the device to the Leica DST 360 Point to Point adapter, the flexibility of your DISTO becomes superior. You can measure large rooms, facades or roofs without hassle. Transferring the data into the DISTO Plan app will allow you to capture the data for further work on any CAD compatible program or a CAD tool itself. No need to create drawings by hand or edit lists of measurements! Capture your data with the app and share it with your office right away. This will save you a lot of time and the whole application process becomes even more professional.

The Leica DISTO X4 with its high robustness, digital pointfinder, excellent outdoor measuring performance, the option to extend it to a P2P measuring station and the new DISTO Plan app makes this the most sophisticated laser distance measuring device on the market. 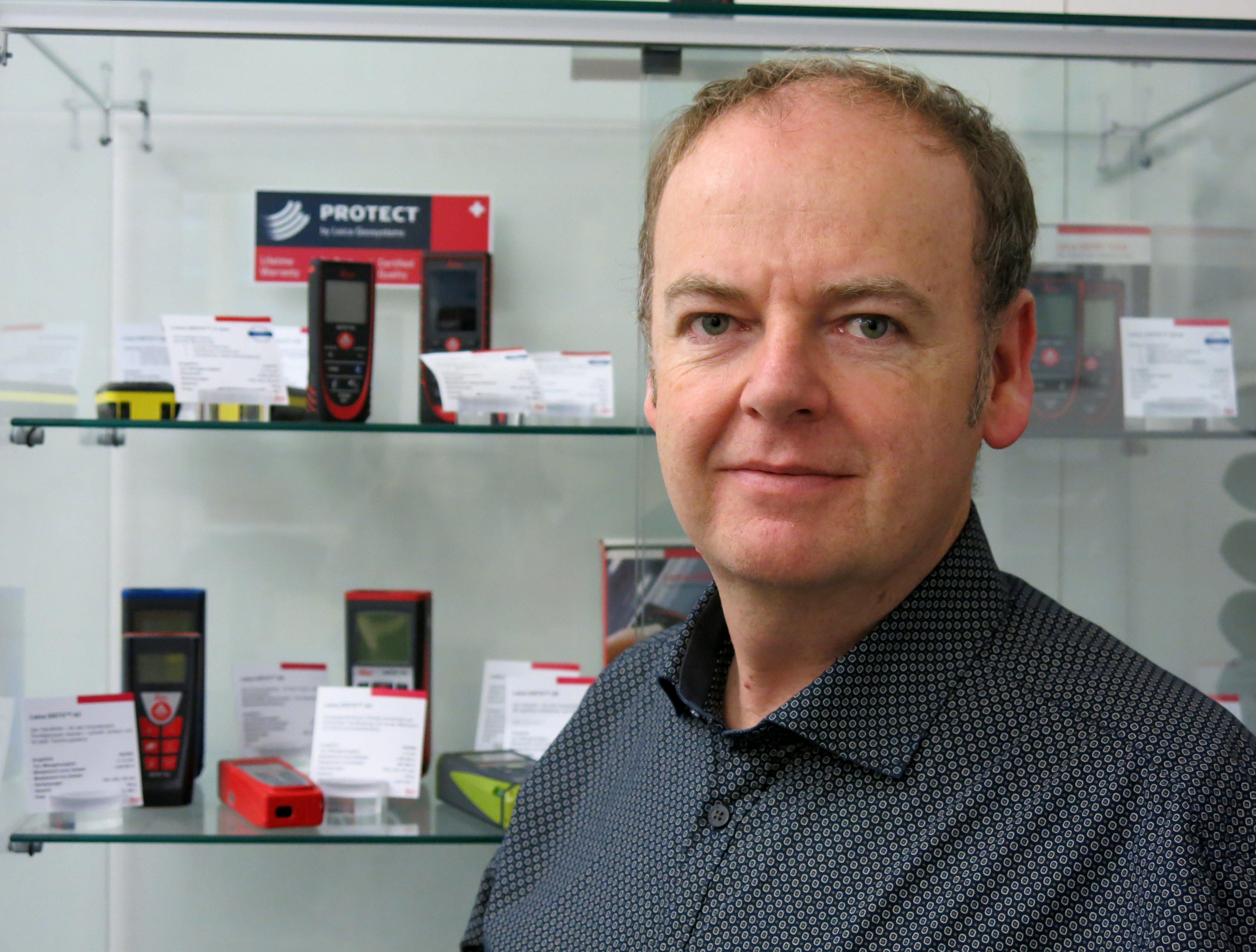