When it has to be level.

Leica Linos have an Ingress Protection (IP) rating of 54. The first digit -- 5 -- means that it is "dust protected". The second digit -- 4 -- means it can get wet without damaging the device. 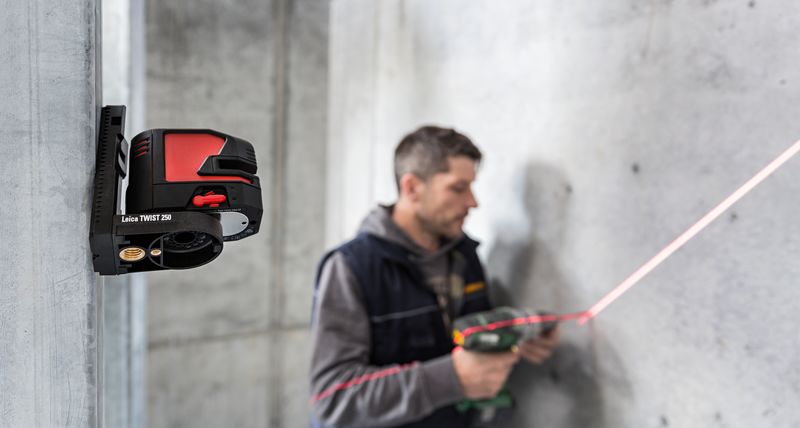 The laser emitters in Leica Lino laser levels are attached to a pendulum that is mounted on high-precision gimbal bearings to ensure that the projected lines are perfectly level, plumb or both.

If the Lino is set up at an angle that exceeds the pendulum's ability to compensate, the Lino will flash its laser lines on and off to indicate that the line is out of level, unless the pendulum lock is engaged.

The pendulum lock does two things: First, it should be engaged when the Lino is not being used to stop the mechanism from being knocked around (and potentially knocked out of calibration) when it is being transported between jobs or if it is dropped.

Second, the pendulum lock enables the Lino to project an angled line, which is useful for jobs like setting out the anchor points for a railing. When the lock is engaged, the Lino will not flash the laser line to indicate that it is out of level.

In typical indoor ambient light conditions, our red laser is easily visible at 25m. Green lines are visible to 35m, but it's not just the range that matters. Linos produce a tight, clean line that does not have the "sparkle effect" produced by lesser quality diodes.

That may sound like a small detail, but if you are using a line laser on a job over several hours, your eyes will thank you.

Extend the range out to 80m with a receiver, which can still "see" the line when the naked eye cannot due to distance or bright conditions. 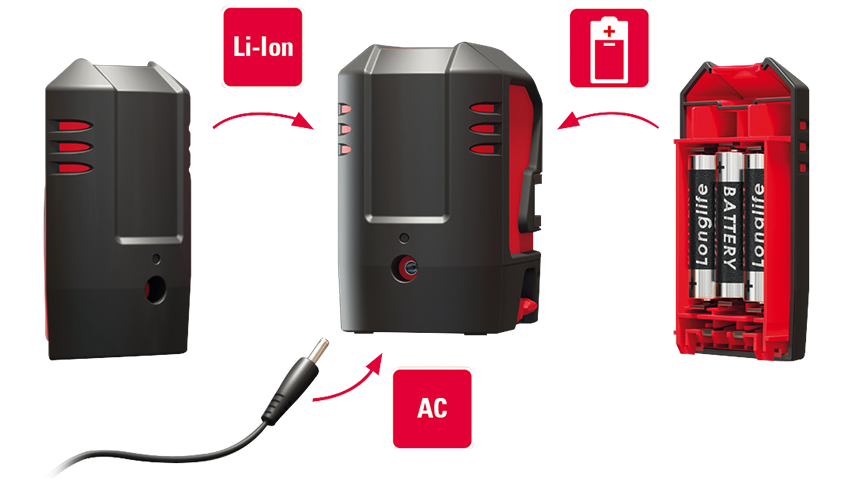 Li-Ion batteries can run a Lino for up 28 hours on a charge...if you remember to charge it.

If you are near a plug when power gets low, just plug it in and keep working as the batteries recharge.

No power? No problem. Switch to standard alkaline batteries.

Triple Power comes with every Lino except the L2 starter pack, which comes with the alkaline battery option, only.

Green beam Linos use a "true" green laser diode, engineered to have the same run-time on a charge as our red lasers.

Lesser green beam laser levels may use a modified red diode to produce a  green beam, or a lower-quality diode that produces a thick beam full of noise as you push to the limits of the working range. In both of these scenarios, you can expect batteries to run down more quickly than a typical red line laser level.

Compact Leica Linos come with either the Twist 250 or the Twist 360 multi-function adaptor. Both are compatible with the UAL-130, which clamps onto tracks or pipes up to 30mm thick and has 130mm of adjustable vertical travel. 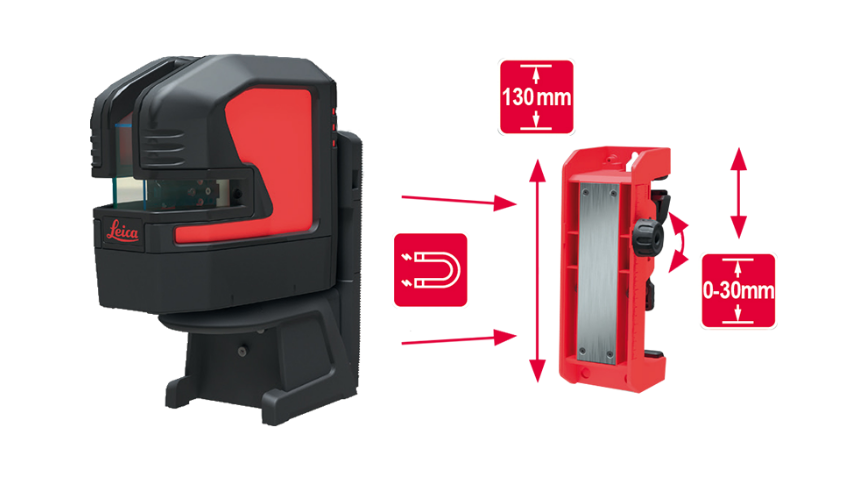