Get to Know the New BLK360: A Conversation with the BLK360 Product Manager

To celebrate the launch of the new Leica BLK360, we caught up with BLK Product Manager Gian-Phillip Patri to discuss the ins and outs of the next-gen scanner and what sets it apart from its award-winning predecessor, the Leica BLK360 G1. 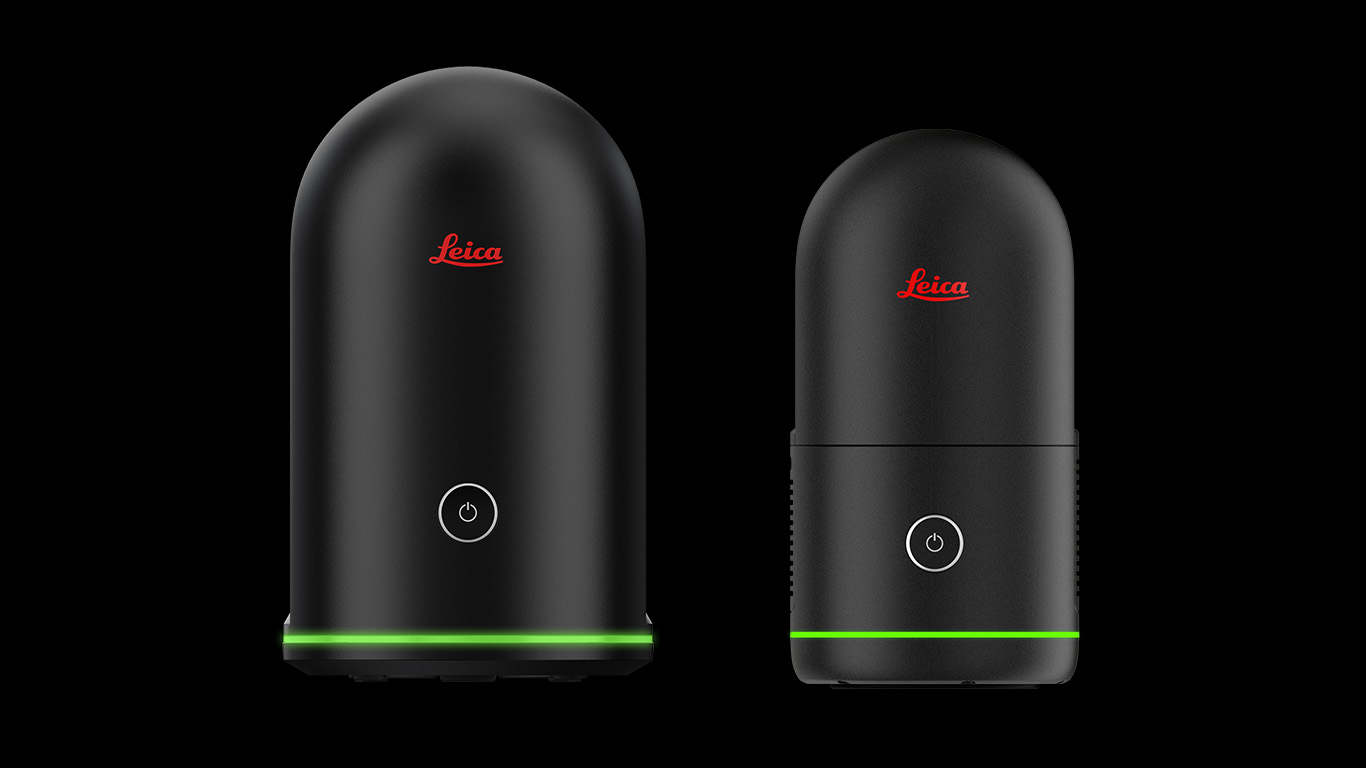 The whole idea is based on the original BLK360. We wanted to proceed with this concept of having a simple solution that can be used by nearly everyone and lowers the barrier to entering the ready-to-capture market. We got a lot of feedback about the BLK360 G1, and we wanted to do things better and faster while keeping the core qualities of the original. So, it’s not a complete revolution like the other BLK sensors. It's more like an evolution.

Talk a little about those evolutions.

The concept is basically the same. You push the button on the device, first capturing the images, and then you perform a scan. But when we captured images with the G1, we had three cameras, which only captured a portion of the overall 360 panoramic images. And those three cameras were triggered sequentially, so you would move from one position to the next for a total of 10 positions, which takes at least a minute. On the new BLK360, we have four cameras, which fire all at once, capturing 180 degrees of the spherical 360 image. So instead of having ten positions, you now have two. That's purely the image part of it. Then we have the scanning. Inside the new BLK360 is an improved Absolute Distance Meter (ADM) laser scan unit, which nearly doubles the speed of capturing data. Originally, we had up to 360,000 points per second, and now we can collect up to 680,000 points per second.

Of these, what do you think is the most exciting new feature on the new BLK360?

There are so many good things, but I would say the advances in immediate data acquisition at the push of the button: I can now capture a complete spherical image and full 3D point cloud in 20 seconds. A lot of things technologically came together to achieve this.

Tell me about the Visual Inertial System (VIS).

This is a popular feature on the Leica RTC360, but this is the first time it’s appeared on the BLK line. In the past, when scanning, it would take several setups to collect all the data you needed, moving the scanner from position A to position B to position C in a room or a whole building. And an issue in the past is that you had to manually align and stitch those single setups together to create a complete point cloud. The VIS does this alignment and stitching of your scans automatically. So the BLK360’s camera system knows and sees where it is positioned relative to the previous scanning position. The scanner sees the environment, and it knows where it is in relation to its environment. Calculated together with the inertial measurement unit, you always know where you are in relation to your previous setup and your scans are combined automatically in the field.

How can the new BLK360 change a company’s workflow?

The VIS is a big part of this. With the scan automatically pre-aligned, that saves time, and there are fewer errors. The user can concentrate on other things, and overall, it's more efficient. So, you push the data into the office software suite, and it leaves you at the end with a completely registered point cloud, completely aligned without any manual work in between. That's a feat for finishing your workflow.

What improvements do I gain on-site with the new BLK360?

We have two workflows in mind. First of all, there's a new app that comes with the sensor itself – the BLK Live app – that’s free to use and allows you to control the BLK360 remotely, and, at the same time, ensure that your data collection is correct. So you leave the job site knowing that everything you did is right, and you don't have to revisit it.

At the same time, when you use this app, all the data is transferred entirely onto your smartphone. From there, you can share it with whoever you want because we are offering e57 file export (a standard point cloud format) for the first time that can be used by nearly every other third-party company as well.

Looking to the future, you can also upload this data directly from the feed from this BLK Live app into the HxDR platform to send it into the cloud for data storage and visualization. Then you can share and collaborate with all your colleagues and benefit from the features and functions there. So that's the new approach that we're taking there.

At the same time, we want to continue with our current workflow, which is really loved by all the people who worked with and still work with the BLK360 G1, which is FIELD 360 and REGISTER 360. With FIELD 360 running on Android or iOS on a tablet or smartphone, you can create a floorplan with the quick plan feature. You can measure distances directly in the field. And you can use the advanced pre-registration functionalities of FIELD 360 to prepare your data for REGISTER 360. So, we’ve taken this traditional workflow to the next level.

Another key feature is that what you edit in FIELD 360 will be synced back to the sensor. When you want to import your data from the sensor into Register360, what you’ve done with it in FIELD 360 won't be lost. This is a hybrid approach compared to what we’ve done before. The RTC360 has syncing but not complete data transfer, and the BLK360 G1 has full data transfer but not complete syncing. The new BLK360 leaves you with the best of both worlds: You have full data and full syncing.

That's a good question. It comes down to return on investment. The new BLK360 is more expensive than the original, so those who scan every now and then – let's say once a week, a single scan, or three times a month – don't get dramatically faster with the new solution. It will be faster, but the number of scans you do may not justify the extra money if you sum it up—those users in certain emerging markets where we know that every dollar counts would benefit from the G1.

How much did customer feedback factor into the upgrade features on the new BLK360? Any surprises?

To a certain degree, yes. This is the first time we went back to a BLK product to build a next generation product, and when we got feedback, we could use it. But we also have the DNA of wanting to take risks and be disruptive. For instance, I can’t recall anyone saying we wanted to be smaller, but we wanted to take it to the next level and be the smallest on the market. Let's push the limits of what is possible, not just making it faster and better but at the same time being smaller and more intuitive, we push the boundaries once more.

Increased Efficiency and Productivity with OLAAR Architects and the New BLK360

OLAAR Architects is a digital architecture firm in Stuttgart, Germany, and they...

All about the BLK Live app for the new Leica BLK360

New free app empowers users to get scanning fast With the introduction...

When a new product comes out, we all know that it’s time...